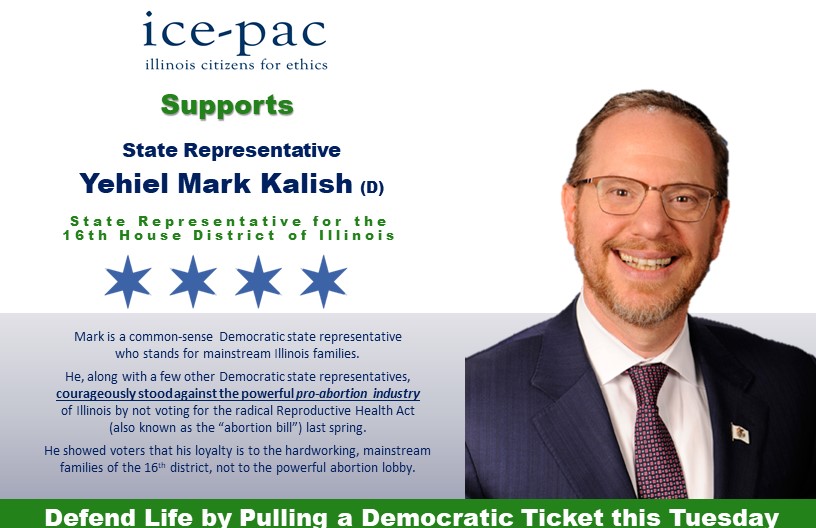 Do You Care About Protecting Innocent Human Life?

Your local area has a unique opportunity to hand a rare defeat to Illinois’ abortion industry.

State Representative Yehiel Mark Kalish is one of the few Democratic lawmakers who did NOT support the most pro-abortion bill in Illinois state history, the so-called “Reproductive Health Act,” SB 25.  This bill was signed into law in May and effectively allows abortion in Illinois for any reason; erasing four decades of common-sense regulations on abortion.

Two opponents are running against Representative Kalish, both of whom seek to shame him for refusing to support this draconian late-term abortion bill. One opponent was selected by a wealthy pro-abortion political action committee, Personal PAC,  specifically to oppose Rep. Kalish because he did not cower to its demands.

Rabbi Kalish is a long-time resident of district 16. He has 6 children and is an Orthodox Jewish Rabbi, a man of deep faith, and he has demonstrated the courage of his convictions. He holds a Master’s Degree in Public Administration from Walden University and a certificate of Executive Leadership from Harvard University’s Kennedy School of Government.  He is also a strong supporter of school choice.

Don’t let the abortion industry make an example of Representative Kalish because he refused to bow to their pressure. 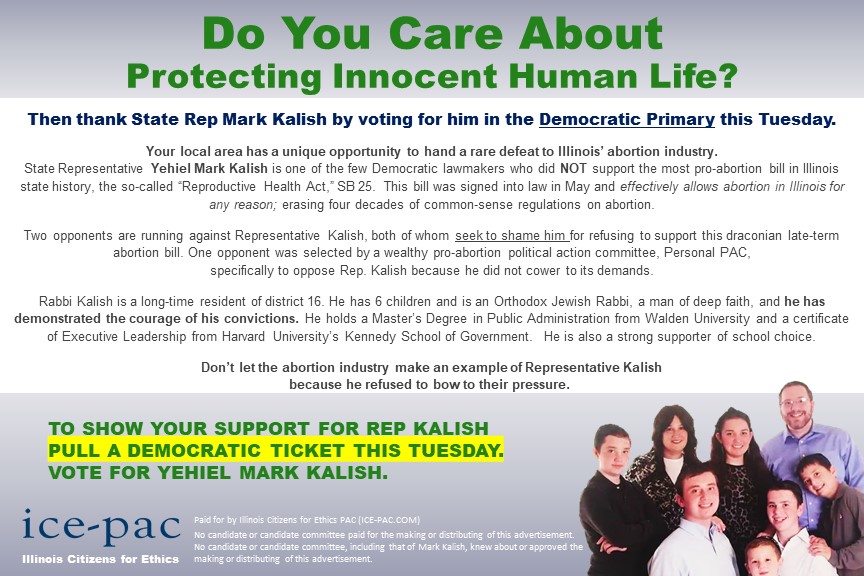